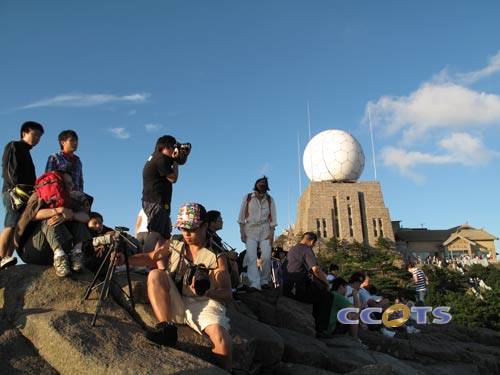 Sunny after the rain

Today's Huangshan, full of rain and dew, a clear sky, like a wash. There are floating white clouds in the air, and they have passed through the three main peaks of Huangshan: Lotus Peak, Tiandu Peak and Guangming Peak. Clouds float, peaks shift, people. At this time, the majestic, handsome and straightforward of the mountain peaks, the highlights of the show, accompanied by the clouds flying, but also without the loss of the peaks and agility of the mountains. 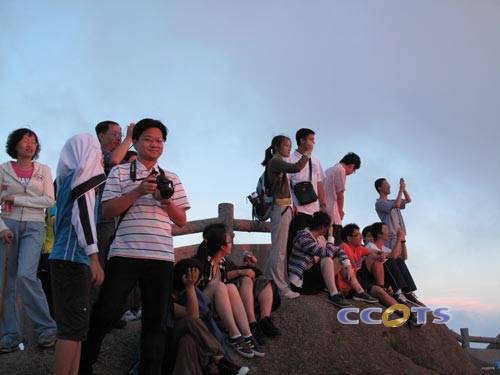 At noon, the heart of Huangshan - Haixin Pavilion, Shengyou is like a cloud, and the guests are full. Or take a break under the tree, or take a walk to enjoy the beautiful scenery, or take a photo to commemorate, are enjoying the coolness of the summer Huangshan, experience the refreshing sent by the breeze. The sound of sighs can be heard from time to time: "The mountains can be dried, the peaks and mountains are cool!" 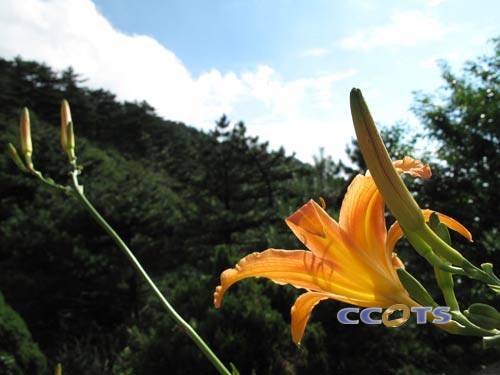 What's more, gazing at the blossoming daylily not far away, the breeze blowing, the pine waves rolling up the waves, accompanied by the faint scent of the day lily, the tourists sent a feeling "yellow" 'cool', cool heart and lung; Smell this floral, fragrant and refreshing." 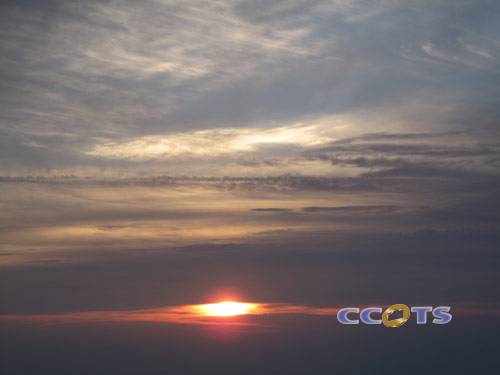 Moving to the West, the sky is getting darker. The bright top is crowded with people, and the lens refers to the charming sunset of the West Sea. Around the evening glow, the sparkling, like a stone cast in the quiet lake, the waves are rippled. Looking at the sunset slowly sinking down, the thousand peaks gradually blurred, and gradually drifted away toward the distance, and like a splash of ink, from near to far, the ink is deep and deep, it is continually lingering and lingering. At this time, the peak of the squid, the flash is shining, the visitors will change every moment, the sunset with different postures will be left in the camera and hidden in the heart. 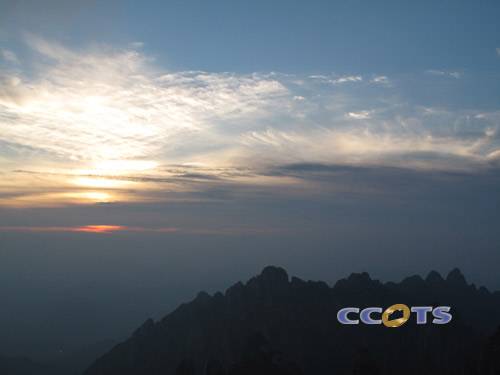 It is understood that on the occasion of the "August 1st" military festival, various hotels in Huangshan Scenic Area carry out various forms of support for the army. For example, Huangshan Baiyun Hotel launched the theme of â€œThe August 1st Army Banner, the Baiyun Sea Talksâ€, and celebrated the Jianjun Festival for the veterans in the museum; the Paiyunlou Hotel organized the Army Day to lead the condolences to the veterans; Xihai Hotel carried out the theme symposium on "promoting the fine tradition of eternal military personnel", and at the same time carried out sanitary cleaning to clean the hotel health with the requirements of military personnel; Huangshan Xuanyuan International Hotel launched "Qing's August 1st, welcoming the joint construction, military and civilian fish and water" Activities, increase national defense propaganda, and close military-civilian relations; Shangshangli Hotel launched the theme activities of â€œsupporting the military and building a harmonious new Huangshanâ€.