The panoramic view of the opening ceremony is the magical place where the famous Buddhist temples and world heritage sites of Wutai Mountain in Shanxi are famous. Yesterday was still cloudy, and today is the clear sky. Five of June...

The Wutai Mountain in Shanxi, a famous Buddhist land and world heritage site in China and abroad, is so magical. Yesterday was still overcast, and today it is a clear sky. Wutai Mountain in June, Xiangyun, is ethereal and ethereal. On the morning of the 26th, on the banks of the Qingshui River, the blessed land of the Lianchi Haihui, in the tourist center of the newly visited Ganganhe New Tourism Service Base in Jingangku Township, the balloon was hanging high and the flags were flying, people were like the sea, and the songs were like a wave. The second International Tourism Culture Month of Wutai Mountain, with the theme of â€œSmart Life, Harmonious Worldâ€, officially kicked off. The Honorary Director of the 2nd International Tourism Culture Month Organizing Committee of ChinaÂ· Wutai Mountain, the Standing Committee of the Shanxi Provincial Party Committee and the Minister of Propaganda Hu Suping announced the opening. The "Wutai Mountain Song" from the 300-year-old bhikshuni chorus from the Pushou Temple of Wutai Mountain, the largest women's Buddhist college in China, opened the curtain of the literary performance. The well-known Mao Amin, Sun Nan, Sa Dingding, Li Jian and other famous singers At the opening ceremony, the family showed their talents and pushed the event to the climax again and again. 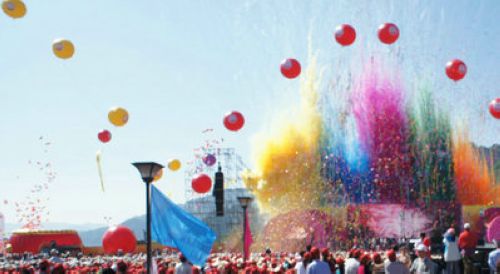 On June 26th, it was a memorable day in Wutaishan, Zhangzhou, Shanxi and even China. On the day of 2009, Wutai Mountain was successfully included in the World Heritage List at the World Congress in Spain and became the 38th World Heritage Site in China. To this end, Wutaishan identified June 26 as the opening day of major festivals. At the opening ceremony of the day, the Cangzhou Municipal Party Committee and the Municipal Government first commended the outstanding units and individuals who made outstanding contributions to the World Heritage work in Wutai Mountain. 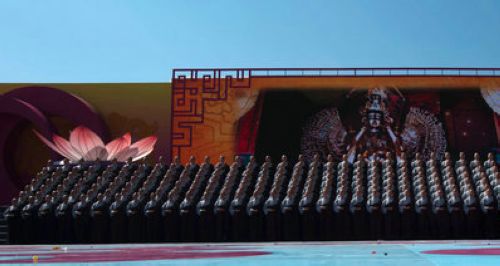 Wutai Mountain is a world cultural landscape. It is a Buddhist holy place at home and abroad. It is the first of the four famous Buddhist mountains in China. It has a long history and deep accumulation. Here, the long-standing and profound Buddhist culture opens up the wisdom of life; the magnificent and exquisite architectural art is breathtaking; the beautiful and magnificent natural scenery makes people pleasing. In particular, Wutai Mountain has played a significant role in promoting economic and social development, disseminating national culture, and promoting exchanges and mutual trust between different countries and nations. In recent years, under the correct leadership of the provincial party committee and the provincial government, and with the strong support of the relevant departments of the state and the province, relying on unique tourism resources, around the construction of the International Wutai Mountain, the Wutai Mountain of Humanity, the Wutai Mountain, the Wutai Mountain, and the Wutai Mountain The goal of Wutai Mountain is to comprehensively improve the tourism environment, focus on infrastructure construction, strive to improve service quality, and build a well-known cultural brand. The Wutai Mountain tourism comprehensive industrial system has taken initial shape. In 2010, Wutaishan tourism achieved rapid development, with a total income of 2.18 billion yuan and a tourist reception volume of 3.214 million. The two major tourism indicators broke the best level in history. Wutai Mountain has become an important tourist destination in China.