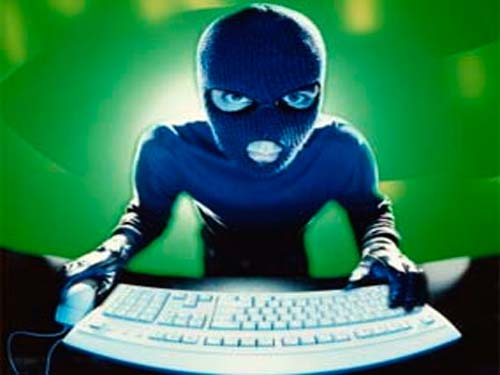 This year's Christmas Eve, the programmer Zhang Feng did not rejoice in happy outside, but at home busy with modifying their passwords in the major Web sites, because they use the same password in all sites used in CSDN, CSDN users The code was revealed on 12.21 nights. As a "cyber worm", password leakage is tantamount to opening its own door to others.

If you have a garden friend who is not quite sure what the CSDN's "Leaky Secret Gate" is about, then allow me to parrot and report it one by one:

CSDN is China's largest developer technology community and integrates news, forums, groups, blogs, documents, downloads, readings, and other projects. It is highly professional and its members include 9 percent of China's region. More than ten excellent programmers.

At noon on December 21, 2011, 360 official microblogging took the lead to release the news that the RMB6 million user password was leaked. In the evening, CSDN issued an official letter of apology and announced that it had reported the case to the public security agency.

When some ordinary netizens who are aware of the incident are still secretly glad that they are not IT professionals, on the evening of December 25th, which is Christmas Day, the worldâ€™s most influential Chinese forum, Tianya, also leaked user information. The news is followed by Sina Weibo, Renren.com, Maopu, more play, cherish the net...

I believe that the story has developed here, but all the Internet users with some common sense are unable to sit still. Whether or not the news is true or false, whether their information has been leaked, change the password first!

There may be some garden friends wondering, I have no money in my account. What can a hacker get my password to do?

According to industry sources, after the data is stolen, it will be sold in high levels in the hacker community. Data packets containing personal user information are actually â€œresources of profitâ€.

â€œThe disclosure of personal information such as user names and passwords on the website is the same as the nature of bank credit card theft. This information is accompanied by a certain amount of economic value,â€ said Ding Shuyong, an associate professor at Jilin Universityâ€™s School of Economics.

He pointed out that at present, online payment functions and electronic trading platforms are developing rapidly. Many registered users on the Internet actually have certain virtual assets and even real assets.

That is to say, if you only have one ordinary Tianya account, the loss of the stolen may not be too big, but if you are in line with the information used in Alipay login, the risk here is that you know.

â€œBank is a fund bank, and the website is an information base. Computer network information security is continuously upgraded in the offensive and defensive battle with hackers, but the personal protection awareness of users must be strengthened, so individual users in virtual space should not be placed too much. The real information." Ding Yong recommended.

Therefore, the password must not only be changed, but also have to pay attention to:

Three to:
1. Use English letters, numbers and symbols as much as possible;
2. Different passwords should be set in different websites, accounts, and mailboxes to prevent the theft of one account and other accounts being stolen at the same time;
3. Regularly update and modify your own password;

Three do not:
1, do not use 1234567, abcdefg such a regular string password;
2. Don't use your own or your familyâ€™s birthday, mobile number, QQ number, bank account, etc.
3. Do not use the same password as the account name.

Shangjuyuan hereby solemnly reminds you that for your information security, please change your password regularly and effectively!